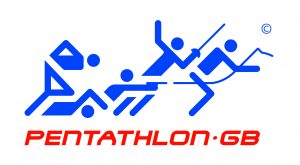 Congratulations to Carnforth Otter’s Emma Whitaker on representing GB at the Pentathlon Youth International in the under 19 class. Great achievement for Emma, having been selected at the age of 15 with a brilliant new 200 Freestyle PB of 2.17

The GB Youth International, sees athletes from across the world competing in an international competition on British soil. The event, hosted by Pentathlon GB, provides a large number of British athletes with an opportunity to gain experience competing against their counterparts from other nations.

The event is a modern tetrathlon (swim, fence, combined laser-run) with individual Girls’ and Boys’ competitions.

The Pentathlon GB team for the first youth international of the season has been selected following two highly competitive ranking competitions in Bath during January and February.

Carnforth & District Otters ASC has a strong legacy in the Triathlon and Pentathlon worlds and supports well over 40 youngsters in their ambitions as multi-event athletes. At the elite end, Carnforth Otters swimmers Ruby Frankland and Ben Winterburn are members of the North West Triathlon Academy. Emma is on the Pentathlon World Class Talent pathway and Isabelle Woodman is on the Pentathlon England Talent program.