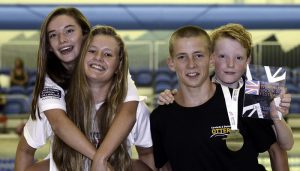 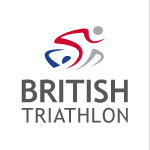 See the full report on www.britishtriathlon.org

Rhys who is a year 8 pupil at Ripley St Thomas and also a keen runner with Lancaster & Morecambe Athletic Club, a Cogset cyclist and member of COLT was selected as one of 3 boys to represent the North West Region at the annual U20 festival where the regions of England, Scotland and Wales compete for the highly prestigious Inter-Regional Championship and individual British titles.

Prior to the event, expectations for Rhys were for a top 10 ten place with an outside chance of a podium given that several of the athletes including elites from the South West and North East had 200m swim times 10 seconds faster and 1500m run times also ahead of Rhys.

On the day however, Rhys’s improvements over the summer became evident. On the 200m swim he managed to stay on the back of the lead group, exiting the water in 7th place. Rhys then joined the chase pack on the bike who over 4,500m managed to pull in last years champion Kieren Mutch from the North East and Lawrence Martingdale from the South West resulting in a group of 6 triathletes exiting transition together for the final 1800m run. Rhys attacked at 400m, dropping the rest of the group and pulling out a 16 second lead that he maintained to finish in a time of 20minuites and 20seconds.

Also competing in the older age groups was Will Howard (16), Ruby Frankland (14) and Hannah Edwards. Will who has recently joined Carnforth’s performance program put in a solid 400m swim (5:43) and excellent 2.4Km run to finish 28th in the Youth category. Ruby, a North West academy member had an excellent swim exiting the water in 11th place but following a difficult transition did not make the main chase pack on the bike finishing but finished in a very respectful 26th position. Hannah also performed extremely well putting in a solid performance across all 3 disciplines finishing in 29th position.

The festival brings to a close the 2016 triathlon season with the exception of the last junior event at Salt Ayre on the 25th September that will see a number of Carnforth Otters swimmers and COLT members compete for the final places in the North West Series. Rhys will aim to add gold in the series to his British title prior to winter’s preparations for the 2017 season.