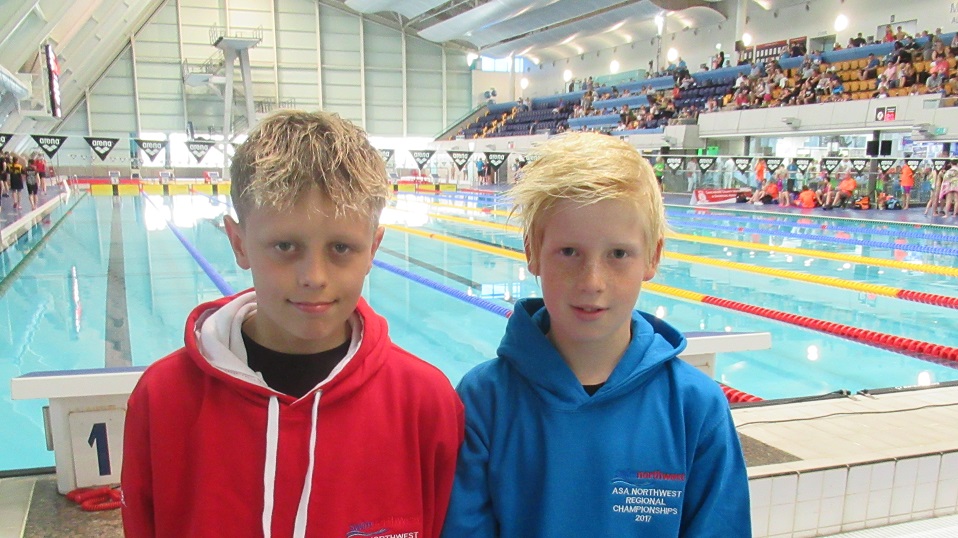 Over the bank holiday weekend, two of our younger swimmers, George Cookson (13) and Mckenzie Ronson-Horrocks (11), competed in the NW Summer Regional Championships, racing against the fastest 14yrs and under boys in the northwest.

George returned to Regionals with focus and a positive attitude. He competed in 3 events, 400m freestyle, 100m breaststroke and achieved a PB in the 200m backstroke. George left the weekend smiling. As usual, George is committed to his training and determined to stay focused with a view to attending Regionals again in the near future.

This was Mckenzie`s first opportunity to attend Regionals, with 6 qualifying times. He competed in 3 events; 400m freestyle, 200m backstroke and 100m freestyle. Although Mckenzie did not PB this weekend, he was pleased he had managed to qualify this year and aims to return to the NW Regionals next year.

Given the sport of swimming is so fiercely competitive, it was amazing to see the true sportsmanship from our boys. Both saying “Good luck” to their rivals, with handshakes and “Well done” comments following their races. Well done, lads.