There were some excellent performances from Carnforth Otters at the Lancashire County Championships. 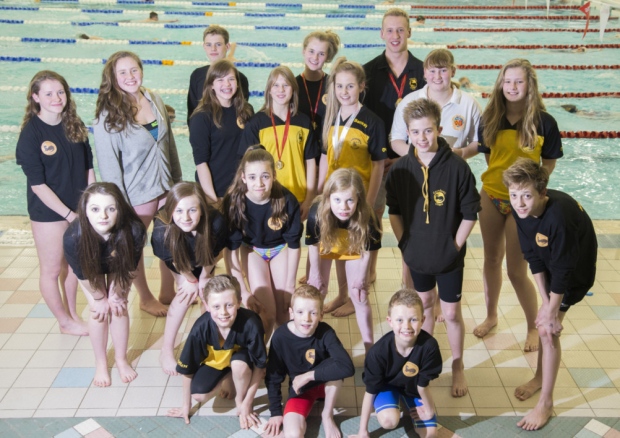 First timers Ace Bower, 10, George Cookson, 11, and Lydia Denby, 14, enjoyed their first taste of the 50m pool. The 14 and 15-year-old girls were a force to be reckoned with as Alice Banks, 14, won a silver and two bronze medals, Alex Livingstone, also 14, put in some excellent performances and Holly Salisbury, 15, narrowly missed a medal in the 100m freestyle.

Alice Sands and Rhys Ashton, both 11, continue to show great promise while Thomas Dugdale, 13, was sixth in the 50m butterfly final and fourth in the 100m with Matthew Crabtree, 13, eighth in the 50m freestyle.

Josh Thompson, 17, had a good competition winning several medals including golds in the 50m freestyle and 50m breaststroke events but his highlight was his 53.27 in the 100m freestyle final.

Four Otters swimmers were in action at the Cumbria County Championships.

Alex Aglioli, 13, put in some good performances at the championships despite battling a long-term shoulder injury.